Bees are an important part of the environment and agriculture. They pollinate flowers to produce many of the foods we eat. But as we all know, they can act in defense of their nests – to protect their young and honey – and sting us. No one wants to kill honey bees. But no one wants them in their home!

If you see bees flying overhead in a large group, that is a swarm and they are trying to find a new home. The swarms land and form a cluster the size of a football and may land on a sidewalk, a car, the side of a house, or a tree. Swarms are only temporary and hang around usually just a couple of days. They are generally not a threat if left alone.

Hives, on the other hand, are a stationary nest of honey bees, where they raise their young and store their food – the honey. Bees are territorial around their hive and will react defensively if disturbed. Honey bees often nest in dark, quiet, protected places such as eaves, attics, trees, shrubbery, openings around pipes, chimneys, gutters and down spouts, abandoned vehicles, under the lid of compost piles, abandoned tires as well as utility boxes. You can tell it’s a hive when bees are making regular flights in and out of a main door or opening. Be more cautious around a hive especially since most wild hives in San Diego are aggressive Africanized honey bees.

If you have decided it’s a hive, it’s better to act sooner than later. Don’t delay in removing it. Hives are easier and cheaper to remove when small. The removal fee for a young hive is much less than the potential costs of fixing the damage caused by a larger hive. Also, as hives grow larger with young and honey, bees are naturally more defensive, putting you or a passerby at greater risk of being stung.

Here are some tips on how to protect yourself from the very dangerous and aggressive Africanized bees in our midst:

Stay away from honey bee colonies. Africanized bees sting to defend themselves or their nest. To avoid approaching a nest accidentally, listen for the steady buzz produced by a colony and look for flying insects. Homeowners usually encounter colonies when doing yard work. Look for bees to nest in cavities such as holes in the ground, crevices in rocks, hollow trees, discarded tires, saguaro cactus cavities, or water meter boxes. Do no climb a tree, kick over a log or roll over a rock without first checking for bees. If you do see a colony, do not stand in from of the entrance or in the flight path. Be alert and say away!

Minimize stings once a colony of Africanized honey bees begins to attack:

Run away quickly, using a direct route to shelter, or until the bees stop following (up to 1/2 mile).

Bees tend to target the sensitive areas around the eyes and head. Cover your head as much as possible by pulling your collar up over your ears or your shirt over your head and face while you run.

Get inside a house, car, or other closed building. Do not worry about bringing a few bees in with you, just get indoors. If you are trapped for some reason, cover up with blankets, sleeping bags, clothes, etc. 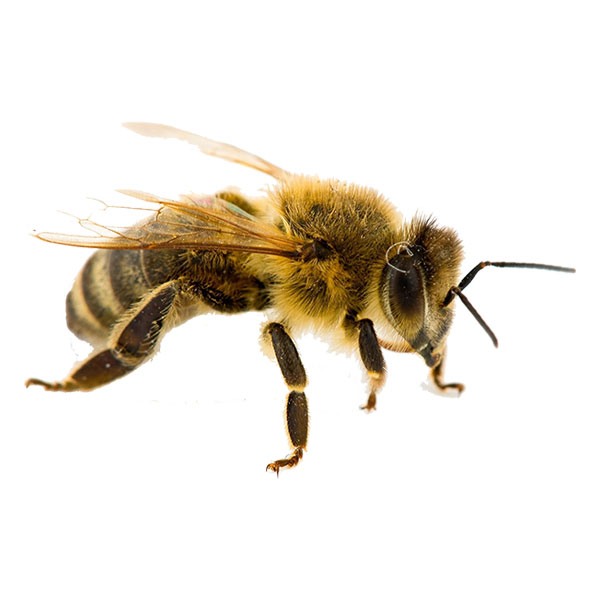 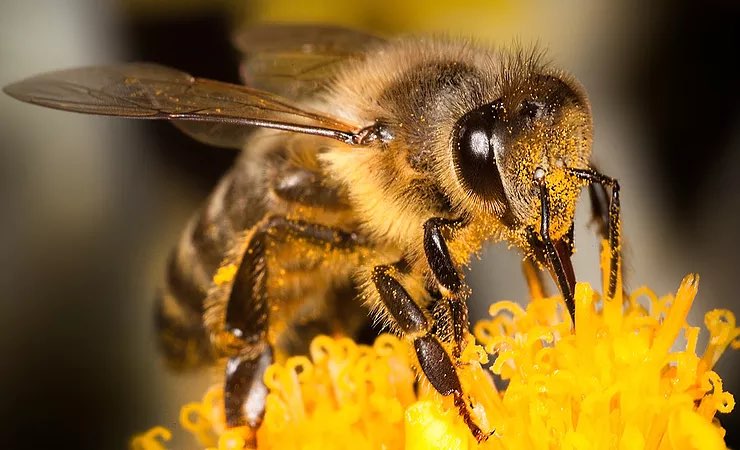